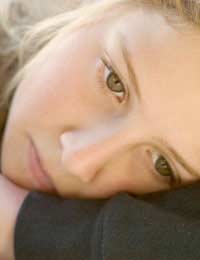 Autism is a disorder that affects both children and adults. It is thought to be as a result of genetic factors that interfere with normal brain development. It has also been suggested that environmental factors, such as the effects of pollution or the damage caused by viruses, may also be involved. Although autism is often diagnosed in the early childhood years, it is a lifelong disability. You may be surprised to learn that around 1 in every 100 people have some level of autism, and that it affects four times as many males than females.

In recent years, the term 'autistic spectrum disorder' (ASD) has replaced the simple designation of "autism." This broad disorder contains a wide variety of subgroups that affect different individuals in different ways. Therefore the term "spectrum" provides much greater accuracy in describing this condition, as there is no clear cut definition in terms of symptoms and associated behaviours.

Although autism affects children and adults in many different ways, the effects can be grouped into the "triad of impairment." Regardless of specific symptoms, every individual with this condition has difficulties with three factors - social communication, social interaction and imagination. Perhaps the most apparent manifestation of autism is the way in which it affects the person's ability to communicate with others.

Individuals with ASD have difficulty understanding others, so things that we make take for granted such as sarcasm, jokes and metaphors may be indecipherable to someone with autism. One way to overcome this obstacle is to try and adapt your communication - speak simply and directly, and say exactly what you mean. Also, whenever possible, include visual cues to your meaning.

Language development for those with autistic spectrum disorder tends to occur much later than normal. Some autistic children may never develop spoken language at all. In some cases, the child will rely on 'echolalia' - simply repeating words that they hear. They may give the impression of communication, but they often understand little of what they are repeating. It is also possible that non-verbal communication may also be impaired.

Social interaction is negatively affected by ASD. This means that a person with autism may find relating to others in a meaningful way to be very difficult. As a consequence, their ability to develop friendships and relationships with others can be severely impaired. In addition, an ability to understand others' emotional expressions can be impaired, making social interaction and development of relationships very difficult.

The effects of autism on imagination often become evident during play. Creative play can be difficult for children with this disorder to achieve, and instead they may resort to lining up toys in certain arrangements. Autistic children may develop an almost obsessive interest in hobbies or collections that are carried through to adulthood. Play tends to be ritualistic, always done in the same way according to the same, unyielding rules.

People with autism might also have altered sensory sensitivity, with some individuals experiencing hypersensitivity to lights or sounds. In fact, certain sensory inputs may actually cause anxiety or even pain.

Children with autistic spectrum disorders may need to attend a special school specifically structured to provide for their needs. Of course, this will depend on the individual child and their needs, and should be assessed based on individual personal needs and social context.

Those with less severe symptoms can often have their special educational support needs fully met within a mainstream school, and may manage with the appropriate support staff in place. However, in some cases the best learning environment for children with autism is a highly structured educational setting. This is because most autistic students are strong visual learners, and understanding the world around them is made much simpler by using visual aids and visual supports.

Often the most important skills needed are "learning to learn" skills. Children with autism must understand what is expected of them. They must also develop skills for behaving in social situations in which they must defer to a teacher or other leader.

Autism may be a lifelong disorder, but it is possible to develop coping strategies and rules for interacting with others. With appropriate support, children with autistic spectrum disorders can do quite well academically and learn to at least get by in the social arena. This then means that successful learning and transition to adulthood is achievable.