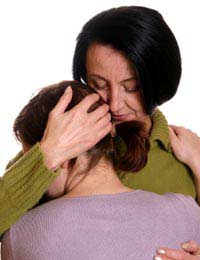 Until relatively recently, people with learning disabilities were often rejected and socially excluded from mainstream society. Normalisation is a principle that aims for people with learning disabilities to experience ‘normal patterns’ of everyday life, such as living in normal, ordinary places, and undertake ‘normal’ day-to-day activities. Rather than forcing individuals to conform to societal norms, the theory is that normalisation ‘normalises’ the environment, and not the individual.

Normalisation was first articulated and developed in Scandinavia during the 1960s, by Bengt Nirje. Throughout the 1970s, leading German-born American academic, Wolf Wolfensberger, further developed the principle.

During the late 19th century in particular, socially excluding people with learning disabilities was particularly inherent. At the time, those with ‘mental deficiencies’ were regarded as degenerates, and would often be blamed for social problems such as crime and poverty.

This in turn led to the removal and institutional confinement of people thought to be ‘feeble minded’ and those referred to as ‘idiots’.

Wolf Wolfensberger first published his thoughts about normalisation in 1972, through his works ‘The principle of Normalization in human service’. Wolfensberger argued that many of the problems with the institutions arose from the way in which they were designed and run. The residents were ‘dehumanised’ - treated and dealt with as if void of feeling. They were often regarded as primitive, uncontrollable and unable to be educated.

The Principles of Normalisation

The principle of social role valorisation has been further developed to also include key ideas such as respect, opportunities, the development of competence, independent living, and individual choice. It helps to both protect and empower the individual, and aims to ally and unify socially valued individuals alongside those who remain socially devalued by society. This is regarded as a way to help encourage acceptance of differences and encourage coexistence.

Services, Support and the Community

The institutionalisation of those with learning disabilities has been in the process of being phased out since the 1980s, but even today this move is still facing issues. At the time, Wolfensberger and other advocates of normalisation were keen to ensure that deinstitutionalisation didn't lead to abandonment and further isolation from the community.

The key to the successful implementation of normalisation was, and still remains, support from vital community services, and as such has been an important aspect of service development, and a driving force behind ‘person centred planning’.

Support for Children in Mainstream Education

Placing Children With a Learning Disability in School