Becoming a Speech and Language Therapist 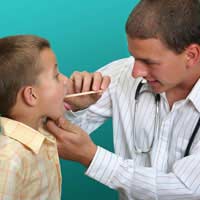 A large proportion of people with learning disabilities have difficulties with speech and language. In fact, 5% of children begin their education with some form of speech and language impairment. This can range from a common stutter, to complex communication and interaction difficulties resulting from Autism. For all of these children, weak communication abilities can often prove to be a substantial obstacle at such a critical time in their educational development.

Where Speech And Language Therapy Helps

Naturally, a lot of this work involves liaising with medical professionals such as doctors, nurses and psychologists. But it is also common for teachers, carers and family members to play an important role, especially where children are concerned. For this reason, it is essential that a Speech and Language Therapist is comfortable working in a highly structured team, as well as independently.

What Skills Will I Need?

Speech and Language Therapists have to be able to utilise and apply a broad range of skills developed during their training. An analytical mind is useful, as therapists deal with a multitude of different cases that may not be closely related in terms of their requirements. For example, therapists may sometimes not be dealing directly with speech and language problems at all. Instead they may be required to treat people that suffer from physical problems relating to the throat area or mouth. Chewing and swallowing problems may be so pronounced that they can inhibit the ability to eat. It is possible that a Speech and Language Therapist may be able to use learnt techniques to improve the situation for the sufferer.

During the first year of work, therapists are exposed to a broad range of cases, to develop and hone their skills. After this initial period of employment, therapists may choose to specialise in a particular aspect of speech and language therapy. Some even opt for positions of research and development.

All About Employment and Learning Disabilities

Learning Disabilities and Preparing for Employment

Employing Someone With A Learning Disability